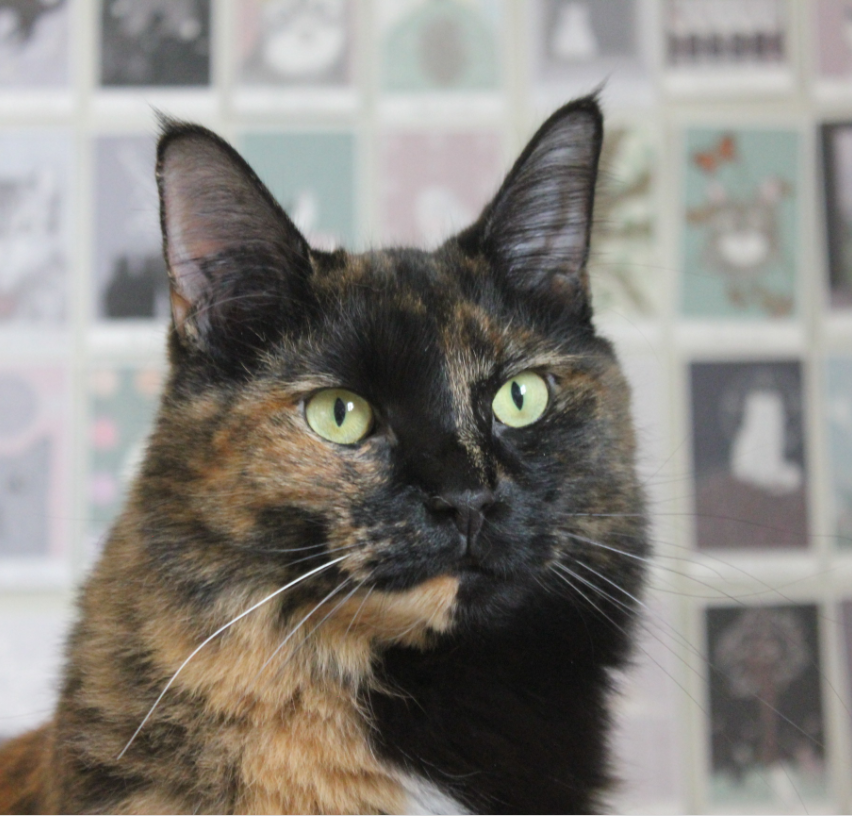 Phaedra came to me through VOKRA after my first two foster cats got adopted. I was so sad my apartment was cat-less again. I had forgotten how much life it brings to have animals running around. So I begged my foster-coordinator for another cat. Unfortunately all they had was a gigantic Tortoishell cat with serious behavior issues who was brought to VOKRA as a nine month old kitten rescued from the streets.

I agreed to take her. So on valentines day I came and picked her up and spent the next several weeks being viciously attacked. Most of the time it was just a nip or two and you could easily get away, at other times she would run at me full speed from across the apartment and attack. I cried a lot, I got frustrated and almost brought her back. But with the help of many people Phaedra is no longer biting. In fact, she is the most lovely cat I’ve ever had.

There was still one problem. Phaedra was incredibly lonely. I had a feeling she’d want a friend to play with. I talked to the folks at VOKRA and convinced them to let me get another foster. Enter…. Butters!

I found Butters on the database and his Foster mum was also looking to buddy up her cat for similar reasons. I figured they could cancel each other out, right? Well, I was sort of right. It was a struggle for only the first week and now they are BFF.

Phaedra and Butters will now be adopted together. Butters isn’t quite ready for adoptions so I’ll have them for a while. I promise to post about their adoption status in the future.

Your Portfolio Archive currently has no entries. You can start creating them on your dashboard.